Your Guide to Condensing and Non-Condensing Boilers

Choosing a new boiler can be tricky. As well as choosing between a combi, system or conventional model, you’ll also be looking at condensing and non-condensing boilers. If you haven’t bought a new boiler before, it can be easy to get overwhelmed by all your options.

If you’re confused about the difference between condensing and non-condensing boilers, we’re here to help. Just take a look at this simple guide we’ve put together.

What’s the difference between condensing and non-condensing boilers?

Condensing boilers are usually more efficient than non-condensing boilers because they capture waste heat and reuse it. They use the heat in flue gas to preheat the cold water feeding into the boiler. This reduces waste and boosts efficiency, meaning that you’ll spend less on fuel and get more heat.

What type of boiler should I get?

The UK government says that all new boiler installations should be condensing unless there is a good reason why not. This is because, as well as being more efficient, condensing boilers also produce fewer carbon emissions and are safer than non-condensing boilers.

If you’re thinking about installing a new gas boiler, it’s a good idea to get a new boiler survey. This involves asking a boiler engineer to take a look at your current system and recommend the best boilers to replace it. Your engineer will tell you whether you’re not able to fit a condensing boiler and help you get permission to install a non-condensing one.

Make sure that you use an engineer who is on the Gas Safe register, so you know their work is legal and safe.

If you want to find a professional to give you some advice or install a new boiler, complete our online form. We’ll connect you with up to 4 Gas Safe registered boiler engineers in your area.

Evy works for Quotatis as a Content Marketing Executive. She loves to write about interior design and help homeowners with their DIY projects. 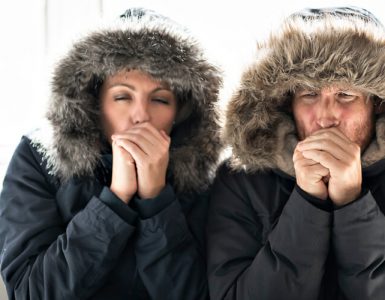 A Guide to British Gas HomeCare

When it comes to home appliances, there’s a lot to consider. It’s not just about whether the plumbing works okay or if a combi boiler is the right choice for your needs. You want to be sure that everything will survive the winter without making a... 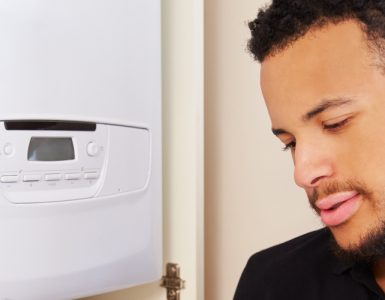 Combi boilers work by heating water when you need it for your home heating and washing facilities. They’re a great choice for lots of homeowners, as there are plenty of different models to choose from. Combi boiler installations are different to... 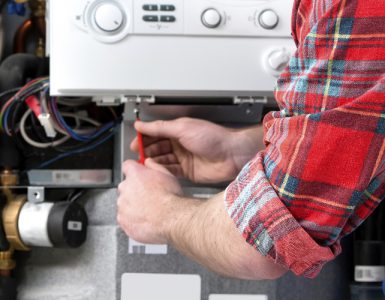 If you want your boiler to work well and keep your home cosy for years to come, regular servicing is key. And the run-up to winter is a brilliant time to book one in. Want to know why? Read on to find out 4 reasons why it’s important to service your...

A Guide to British Gas HomeCare

Nest vs Hive – Which Smart Thermostat is Best?

We use cookies to help give you the best experience on our site and allow us and third parties to tailor ads you see on this and other websites. By continuing you agree to our use of cookies.